Conservative Party candidate Robert Campbell, in The Guardian/UPEISU debate on Tuesday:
I’ve been talking to students. You talk to these young ladies right over here that I talked to last week. And the young lady is, I think is, from Egypt. And she told me what was going on.
So do I believe this l… 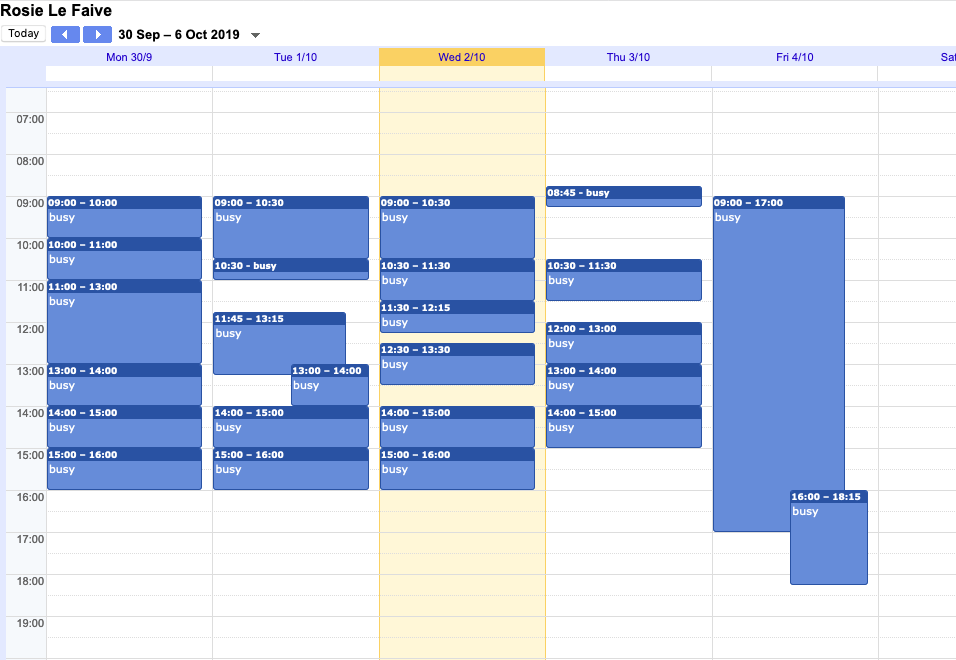 “But that’s politics!” One of the other participants in our group discussing progress in tech said this to me during our work as the Copenhagen 150. “You sound like a politician”. I was making a second attempt summarising our discussion, trying to formulate our key points, after a first su…

1. A quip from Dominic Pettman on Twitter that almost became a tattoo: “Approximately half of media studies is just reminding people – over and over – that a screen is not a window.” (tweet embedded below).

Approximately half of media studies is just reminding people – over and over – that a screen is not a window.

2. When I was looking for that, came across his tweet of Kate Tempest’s Tunnel Vision. Including the line “staring at the screen so we don’t have to see the planet die.” (0:55)

Watch to the end, she gets to the concept of Kinship.

3. Chelsea Vowel gifted us with this thread. It’s a presentation, formatted for twitter. “Law for the Apocalypse: Kinship out of Fracture.” Long read, worth it.

I've been giving a talk lately that I'm going to go ahead and share with you here, because we need to have these discussions. I call it "Law For the Apocalypse: Kinship out of Fracture."

The alternative subtitle I've rejected is "Order out of Chaos". pic.twitter.com/qHzOs2jbse

4. Which all tied into this morning’s meditation from Richard Wagamese’s Embers:

Old Woman: Because everything else is.

Me: No. I mean the purpose.

Old Woman: That is the purpose. To learn about your relatives.

Old Woman: Yes. The moon, stars, rocks, trees, plants, water, insects, birds, mammals. Your whole family. Learn about that relationship. How you’re moving through time and space together. That is why you’re alive.

5.  A recommendation to look at things off the screen. The way the trees rustled today as the rain started to fall.

Hey, so, like, I’ve stopped posting here frequently. And when I do, I’m suuuuuuper cautious/self-critical. Maybe I should reconsider what this has become, vs. what I meant for it to be, vs. what I now want it to be.

What I had wanted: to think and write about technology, and how digital networks change the way we interact with other humans. I thought there could be interesting patterns to explore… but let’s be real. It was coming from a place of nostalgic yearning for ‘good old days’ when human connection was a chance to really connect, whereas now interactions are like our attention spans: fleeting, ephemeral, and mostly meaningless.

What it is: a place to hash out wokescolding. (If you are the kind of person who sincerely uses that term and would not apply it to me then I am not doing my job right.)

What I want it to be: Writing practice. A place to serialize thoughts that I want to share. Eventually, to take shape as a philosophical “project.” A place to learn how to share my thoughts, and use my power, in a way that can really make a difference. Or, I dunno, a cat blog?

I got to join Matt Rainnie this week on the CBC Radio Mainstreet program for the SpinTime DJ segment. I got to choose three songs, which is harder than it sounds. First, I had to get over myself and realize I didn’t have to take it as seriously as those who assembled the Voyager Golden …

Every single post on my facebook feed right now is about Trudeau in blackface and brownface. I am appalled, it is disgusting.

I came across this passage, while reading something else, and want to discuss and challenge it:

Understanding people in the past by their own standards means that we need to contextualize the information and try to shift perspectives. 1Thomas Nygren, “Teaching and Learning the Mindset of the Digital Historian and More: Scaffolding Students’ Critical Skills in the Digital Humanities.” 2017. DHN 2017.

There is a challenge to understand the past as a “foreign country,” a place where language and concepts as well as context differ in fundamental ways from our contemporary world.2Nygren, citing Lowenthal.

I’ve heard folks use the phrase “it was 2001.” Meaning, the past is a foreign country. Meaning, you know, what happens in The Past, stays in The Past. Or, c’mon man, we had a different culture, we did some things then that wouldn’t fly now.

You’re only halfway there.

I’ve heard “woke” culture described as: it’s no longer silencing the voices of the less-powerful. It’s listening when people say “no, it’s not okay”. They’ve been saying this all along. These things have never been okay. We’ve just not been listening, and creating spaces where there are no consequences, so that we can continue to not listen.

But what happened in the past has lasting consequences. It can’t just “stay in the past.” If the consequences haven’t been apparent to you, that’s the problem. To say it “was okay at the time” is missing the point. It was not okay then, but you were able to ignore anyone who said it wasn’t.

If you really think “it was okay back then” and “I guess it’s not okay now,” can you see the shape formed by these two facets?

Did you really think it was okay at the time? Why? Whose opinions were you listening to? Whose views didn’t factor in? Why? What have you internalized? Whose admiration were you after? Why was that important to you? How were certain acts enabled by white supremacy? How did you enable white supremacy? What does complicity feel like?

FUN! (no, actually, it’s painful and fucking hurts, and explains to me why so many folks are conservative. It’s less painful to perpetuate a delusion.)

We Live In A Society!

[This post has been removed because it was a shit-show of “fuck you got mine” with some “super fucking hard for me” vibes and a hefty dose of whiteness. If you’ll excuse me, I think I’m going to go actually try to help people now.]

It’s my birthday and I love getting gifts, but I love it even more to give gifts. So today I give you, dear reader, the gift of a new story: The Oodlanders.
It’s the story that I wrote during Crafting {:} a Life, so for some of my readers it is not new. It is however more polished and shareable …